The Demeter is a latest generation wireless GRPS-Radio remote control system and supervision of different equipment and facilities related to water consumption and distribution. Completely developed by Hidroconta, the system allows, among other advantages, the digitization of hydraulic networks in a simple way and reducing the cost of deployment. 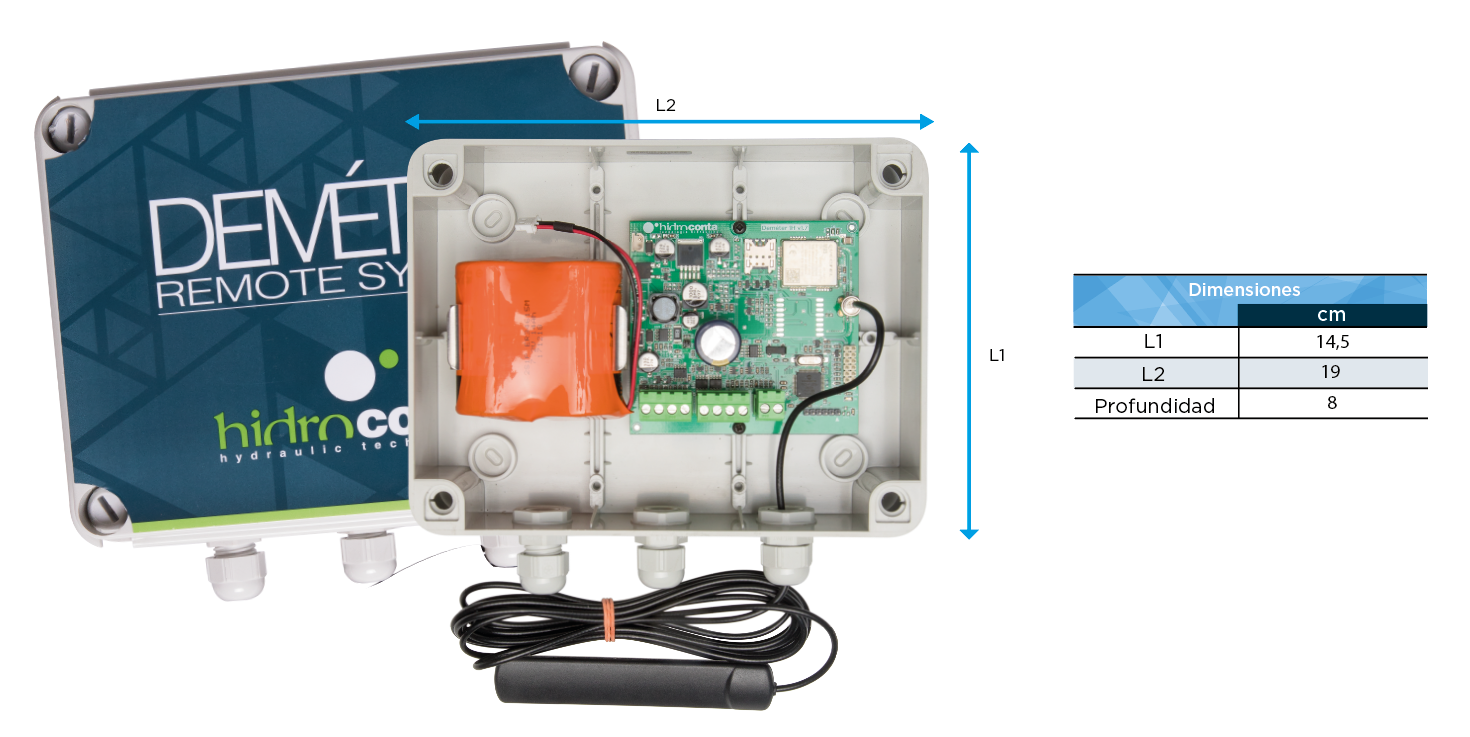