Certified, for drinking and irrigation water.

Pre-installation for the pulse emitter.

R160 metrology in the horizontal position and R100 in the vertical position.

Meter with no need for straight sections U0 – D0 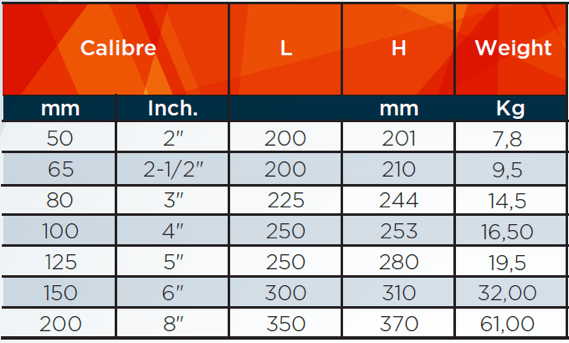 1- Has the turbine broken?

The rupture of the turbine may be caused by the presence of solid particles of considerable size, for example, blocks and stones which may be suspended in the water.
In this case you must replace the counter mechanism and place a filter before the counter so it does not happen again.

2- The water meter does not add up?

It is likely that it is stuck, has some internal part damaged or has suffered wear and tear due to aging.
When an aging wear occurs, the meter may add up to m3, but not the actual ones.
In this case, the damaged element must be replaced. Our counters thanks to its hydrodynamic design with independent mechanism makes this type of repairs very simple.
Tip: have complete mechanisms to replace the faulty meter while it is being repaired.